skip to main | skip to sidebar

Thanks to my friend Michelle!

Those who do not laugh at themselves leave the job to others.
Posted by IMC at 9:24 AM No comments: Links to this post

I was just writing some simple instructions for my mom about getting a pdf from an email attachment to GoodReader, and I realized that others might find them to be useful. So, here they are:

Open the email from me that includes the attachment.  Then tap on the icon for the file itself.  The file will open right then on your screen.  Tap once in the center of your screen and the title of the file will appear at the top.  To the right of the file title is an icon of an arrow leaping out of a box.  Tap on that icon.  Choose the second button down, "open in...".  On that list should be GoodReader, which will swing into place if you choose it.

I hope this helps GoodReader be useful!
Posted by IMC at 7:21 PM No comments: Links to this post

The digital birds and bees
Posted by IMC at 7:47 AM No comments: Links to this post

The success of the app store for iOS devices has led Apple to create a similar one for Macintosh computers, as well.  This will allow developers to reach a larger audience on OS X, and allow users to find, evaluate, purchase, and install software much more easily.

If you use a Mac, go up to the apple menu in the upper left corner of your screen, and click on "software update".  You will probably get a dialog box with a few different updates, some of which may require you to restart your Mac.  This is a good idea anyway, even if you don't care about the app store.

Once it has installed the updates, you will find a new icon in the doc at the bottom of your screen that matches the one on iOS devices; a blue circle with an "A" in the center.  Clicking on it launches the app store, with an interface that is very familiar to many of us.  The first app to catch my eye is my perennial favorite, Evernote (which is free, btw).

The install process really is as easy as it is on a iOS device, at least in my first try.  The new app appeared a few seconds later in my dock, ready to go.

I looked for some of my other favorite OS X software, and I don't see it, yet (Quicksilver, Nocturne, Scrivener).  It will be interesting to see if these established applications make their way into that store, or not.
Posted by IMC at 7:08 AM No comments: Links to this post

The day has finally arrived! 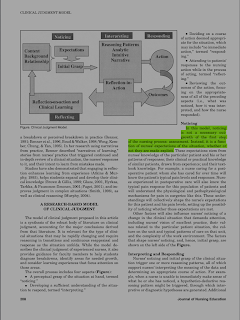 OK, so Scott, my brother in law, would agree that the day we are *really* waiting for is the day we all get flying cars.  But short of that, we now have a better way to read articles and documents than printing them to comment once, and then file/shred/pile/recycle.  The iPad app called GoodReader.  Good.iWare Ltd has an iPhone version, but I must admit I haven't tried it.
Many people, particularly those of us in academia (or in science, or publishing) know this situation all too well.  We have piles of documents that we don't want to read on the screen because our eyes get tired *and* we want to mark them up for ourselves or others.  So we print them out *once*, mark them up with a pen or pencil, and then send those comments on to whoever needs them.
"I *have* to print them" we say, "because my eyes get too tired from looking at a screen.  And my free PDF reader on my laptop won't save comments for others.  And my laptop is too heavy."
This app, on an iPad, solves all those problems, using the extremely common ".pdf" file type.
I think this is a key reason that the iPad is a better choice for academic types than the Kindle.  I know there are annotation features built into the Kindle, but that clunky keyboard simply can't keep up with apps like this one.  Furthermore, I think folks that prefer the Kindle screen simply haven't played with the settings on an iPad enough.  The one exception to that would be bright sun, in all honesty.
Happy reading!
Posted by IMC at 6:37 AM No comments: Links to this post 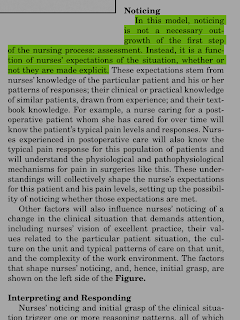 Posted by IMC at 6:36 AM No comments: Links to this post

A word on wall warts

Lots of folks have received iPads, iPods etc for presents through the holiday season (including Mana!).  It is worth knowing a bit about those little wall warts that come with your gadgets.  They take the current from the wall and convert it, so that your little handheld gadget can digest it.

The iPhone/iPod ones are little cubes.  Very handy and elegant.  However, they don't work for iPads, which need stronger juice.

The iPad one looks like a smaller version of the one that came with my macbook pro ("MPB" for those "in the know").  It has a folding plug.  It *will* work for the iPods and iPhones in your house.

You can also find third party ones, which are likely to be cheaper than the Apple ones.  Beware of these, as you often get what you paid for.  I found one that seemed like a deal at RadioShack (now known simply as "TheShack").  It does work on iPhones and iPods, however it makes a high-pitched sound when nothing is plugged into it.  I haven't even tried the iPad in it.

These gadgets, specifically their high-tech batteries, are also finicky about car chargers, by the way.  My recommendation is to buy any of these accessories at a place where it isn't hard to return them if necessary!

I'm thinking of investing in some of these when they come out, as we have a few spots where we very frequently charge our gadgets, and I like the idea that they aren't vampires, sucking power even when when nothing is plugged into them (a drawback of the wall warts in general).
Posted by IMC at 1:28 PM No comments: Links to this post

Welcome to my commentary on things technical. I use this blog to post my thoughts about software that helps me to do what needs to be done, including entertaining myself and our kids. That way, when I am in conversation with friends and family (many of whom carry iPhones or iPods) about my favorite app for a given purpose, or a useful piece of software, I can refer them here for details. I hope this information is helpful, and please let me know if there are corrections or additions that need to be made.

IMC
I am the father of two boys, who (as I write this) are 7 and 3 years old (both of whom are well versed in the iphone/ipod touch platform). I teach nursing at a community college. I enjoy problem solving, either in high- or low-tech ways. Therefore, my favorite information-gathering tools include my collection of fountain pens, and my iPhone.